An Invitation to our Cos Cob Community: BLOG ON!

Since this site is all about Cos Cob, we’d like to get the unique perspectives of local bloggers. If you’ve been blogging, great – send your name, email and a link to your blog to us at CosCobRoundup@gmail.com - we would love to check it out and possibly feature it on our Cos Cob site.

If you’ve never blogged, but think you’d like to give it a shot and share your views on what’s happening in the community, we'd like to help you get started. [For the record, “blog” is short for “weblog” which is kinda like an online journal]. Let us know what would make entering the blogosphere easy and stress-free for you and we’ll do our best to make it happen.

Point is, this site runs on the input, insights and inspiration from folks like you. We’d like to hear what you have to say – and so would others in Cos Cob. So blog on!

The Raw Cos Cob Blog Feed

Cos cob Roundup: Cos Cob, Connecticut 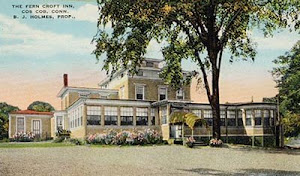 Cos Cob is a neighborhood of Greenwich Cos Cob is in Fairfield County, in the Bridgeport-Stamford metro area. The community name derives from Algonquian for "high rock"

About Cos Cob Roundup

Online news, multimedia, blogs and complete digest of the events and issues that effect the people of Cos Cob. Our goal is to promote critical reading and evaluation of news and blog postings. We strongly encourage our readers to send feedback to reporters, webmasters and to write letters to the editor. We also hope that visitors to Cos Cob Roundup wiil express thier views by commenting on blog postings here and at those provided by linked news and blog sites

The Cos Cob Roundup News Archive

Go To The Cos Cob Roundup Home Page